20 Years After 9/11, Surveillance Has Become a Way of Life 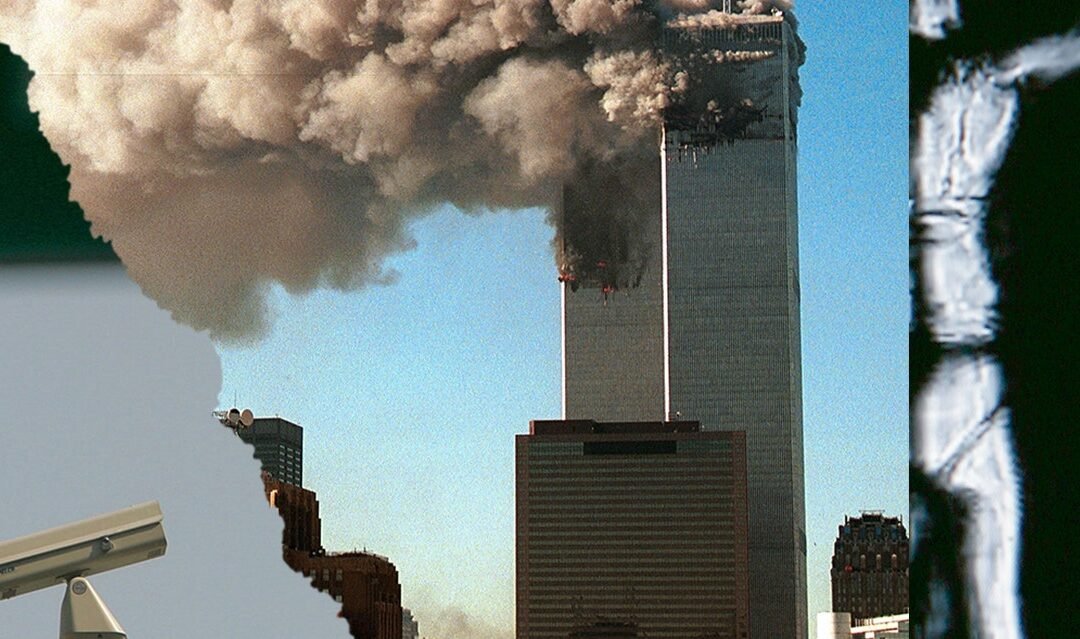 Two decades after 9/11, many simple acts that were once taken for granted now seem unfathomable: strolling with loved ones to the gate of their flight, meandering through a corporate plaza, using streets near government buildings. Our metropolises’ commons are now enclosed with steel and surveillance. Amid the perpetual pandemic of the past year and a half, cities have become even more walled off. With each new barrier erected, more of the city’s defining feature erodes: the freedom to move, wander, and even, as Walter Benjamin said, to “lose one’s way … as one loses one’s way in a forest.”

It’s harder to get lost amid constant tracking. It’s also harder to freely gather when the public spaces between home and work are stripped away. Known as third places, they are the connective tissue that stitches together the fabric of modern communities: the public park where teens can skateboard next to grandparents playing chess, the library where children can learn to read and unhoused individuals can find a digital lifeline. When third places vanish, as they have since the attacks, communities can falter.

Without these spaces holding us together, citizens live more like several separate societies operating in parallel. Just as social-media echo chambers have undermined our capacity for conversations online, the loss of third places can create physical echo chambers.

America has never been particularly adept at protecting our third places. For enslaved and indigenous people, entering the town square alone could be a death sentence. Later, the racial terrorism of Jim Crow in the South denied Black Americans not only suffrage, but also access to lunch counters, public transit, and even the literal water cooler. In northern cities like New York, Black Americans still faced arrest and violence for transgressing rigid, but unseen, segregation codes.

Throughout the 20th century, New York built an infrastructure of exclusion to keep our unhoused neighbors from sharing the city institutions that are, by law, every bit as much theirs to occupy. In 1999, then mayor Rudy Giuliani warned unhoused New Yorkers that “streets do not exist in civilized societies for the purpose of people sleeping there.” His threats prompted thousands of NYPD officers to systematically target and push the unhoused out of sight, thus semi-privatizing the quintessential public place.

Despite these limitations, before 9/11 millions of New Yorkers could walk and wander through vast networks of modern commons—public parks, private plazas, paths, sidewalks, open lots, and community gardens, crossing paths with those whom they would never have otherwise met. These random encounters electrify our city and give us a unifying sense of self. That shared space began to slip away from us 20 years ago, and if we’re not careful, it’ll be lost forever.

In the aftermath of the attacks, we heard patriotic platitudes from those who promised to “defend democracy.” But in the ensuing years, their defense became democracy’s greatest threat, reconstructing cities as security spaces. The billions we spent to “defend our way of life” have proved to be its undoing, and it’s unclear if we’ll be able to turn back the trend.

In a country where the term “papers, please” was once synonymous with foreign authoritarianism, photo ID has become an ever present requirement. Before 9/11, a New Yorker could spend their entire day traversing the city without any need for ID. Now it’s required to enter nearly any large building or institution.

While the ID check has become muscle memory for millions of privileged New Yorkers, it’s a source of uncertainty and fear for others. Millions of Americans lack a photo ID, and for millions more, using ID is a risk, a source of data for Immigration and Customs Enforcement.

According to Mizue Aizeki, interim executive director of the New York–based Immigrant Defense Project, “ID systems are particularly vulnerable to becoming tools of surveillance.” Aizeki added, “data collection and analysis has become increasingly central to ICE’s ability to identify and track immigrants,” noting that the Department of Homeland Security dramatically increased its support for surveillance systems since its post-9/11 founding.

ICE has spent millions partnering with firms like Palantir, the controversial data aggregator that sells information services to governments at home and abroad. Vendors can collect digital sign-in lists from buildings where we show our IDs, facial recognition in plazas, and countless other surveillance tools that track the areas around office buildings with an almost military level of surveillance. According to Aizeki, “as mass policing of immigrants has escalated, advocates have been confronted by a rapidly expanding surveillance state.”